Daan has always liked to spend his time creating wooden products and expressing his creativity and craftsmanship.  Currently, Daan is a student of ‘Entrepreneurial Furniture Maker and Carpenter’ in the Netherlands.  Daan makes and sells his own handmade products (e.g. wooden serving boards) and regularly receives orders from consumers and companies. 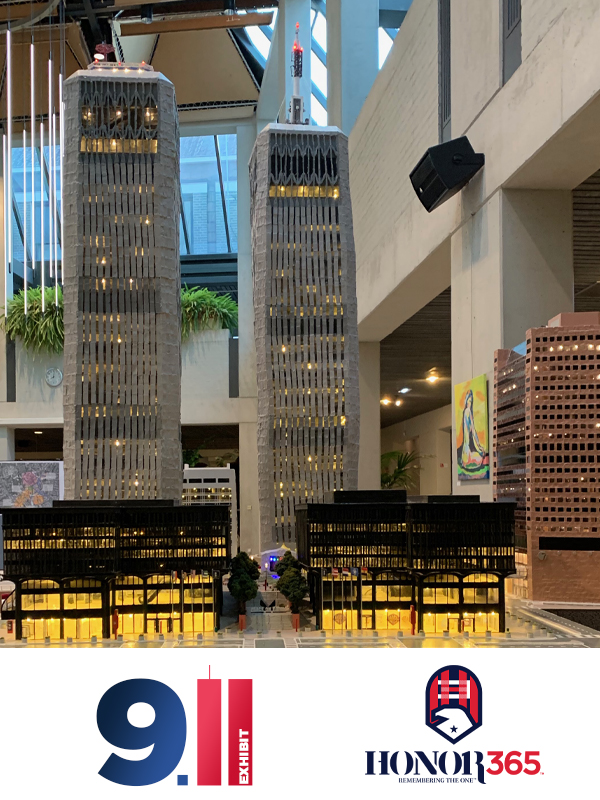 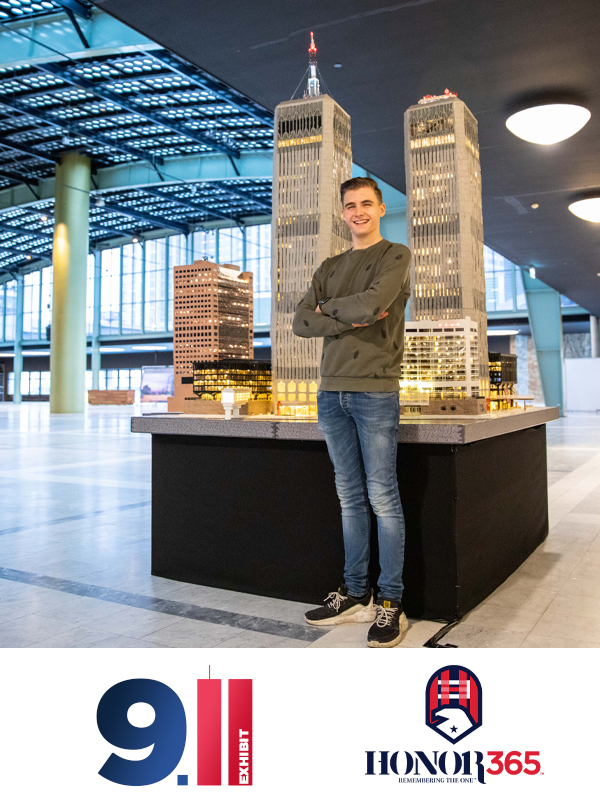 These opportunities have provided Daan relevant experience.  Daan aspires to have his own carpenter company and later create beautiful and exclusive products to be sold internationally.

Daan plans to start with the Dutch Firefighter Academy in April 2020.  Daan expects to finish his education and officially become a firefighter in 2020 to “play a part in serving my country.”

Your donations will help offset the costs associated for this amazing exhibit and mental wellness programs for veterans, first responders, and their families. 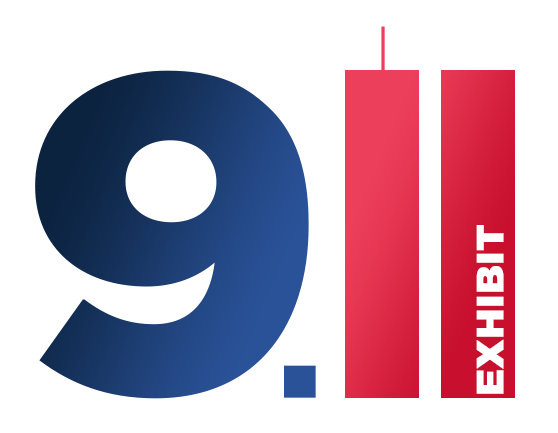 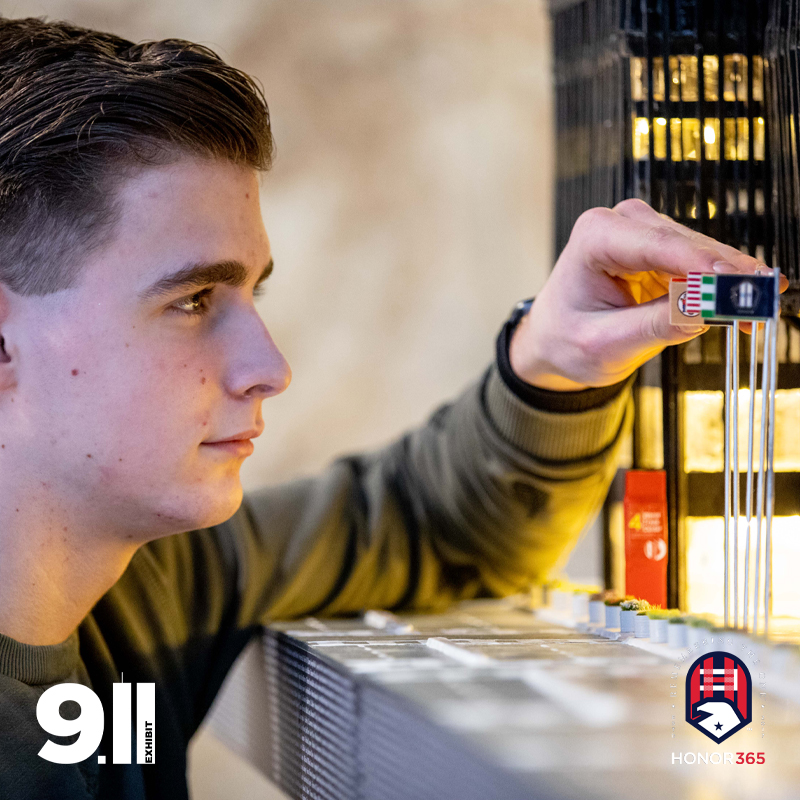 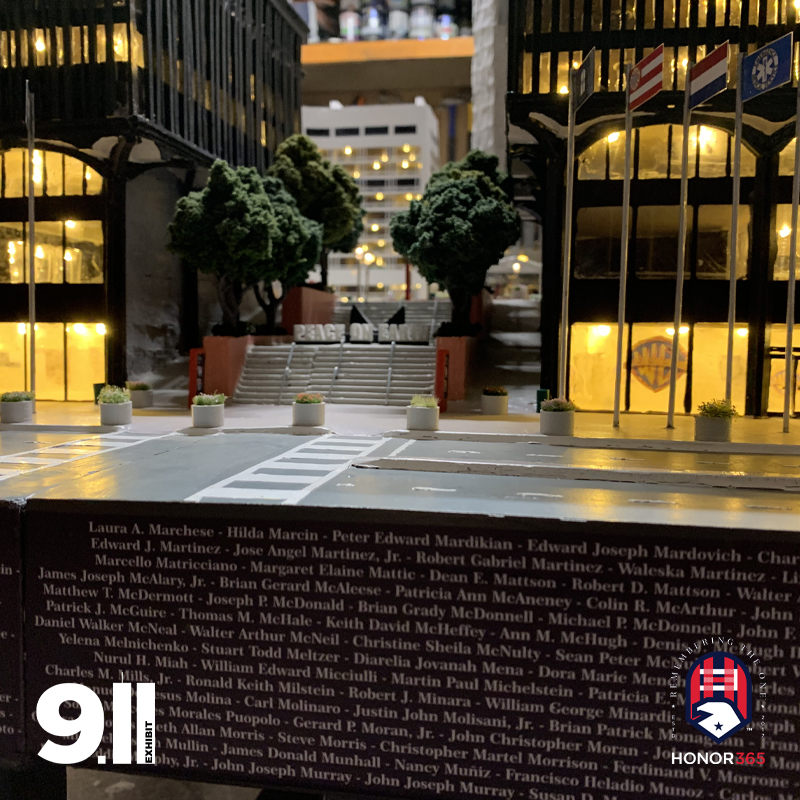 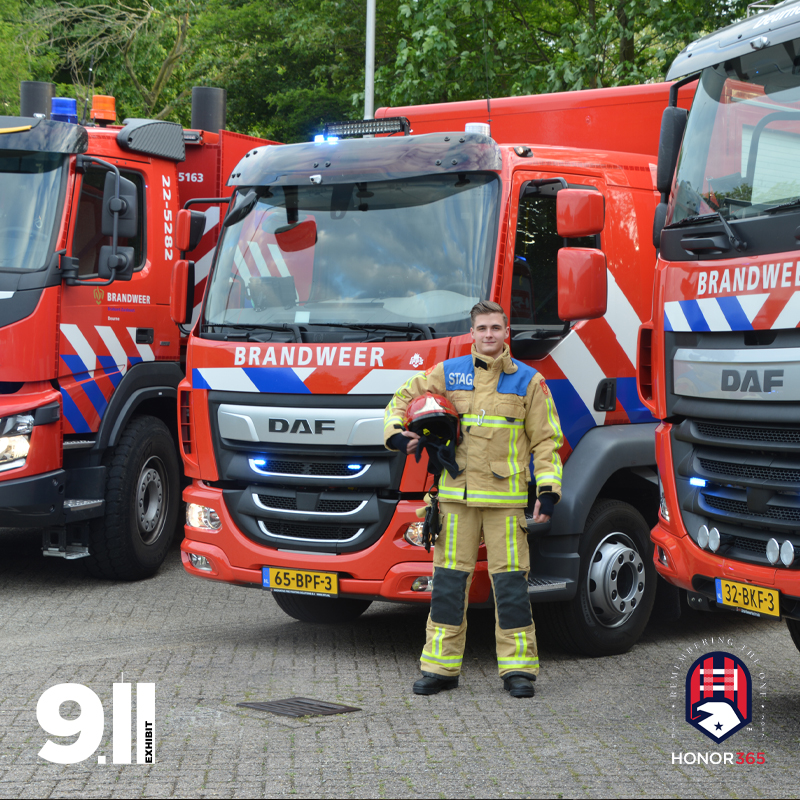 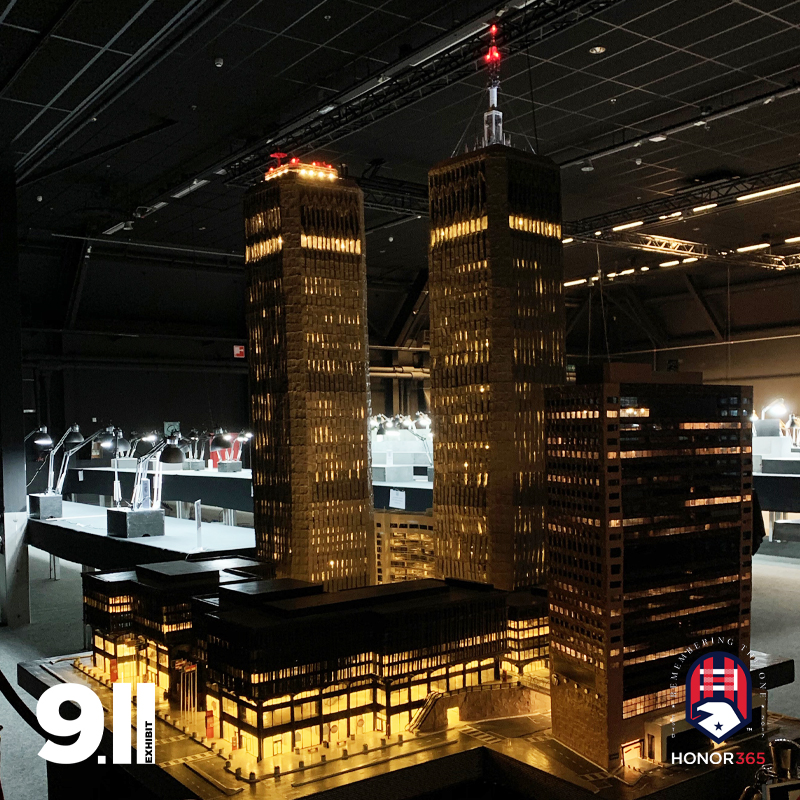 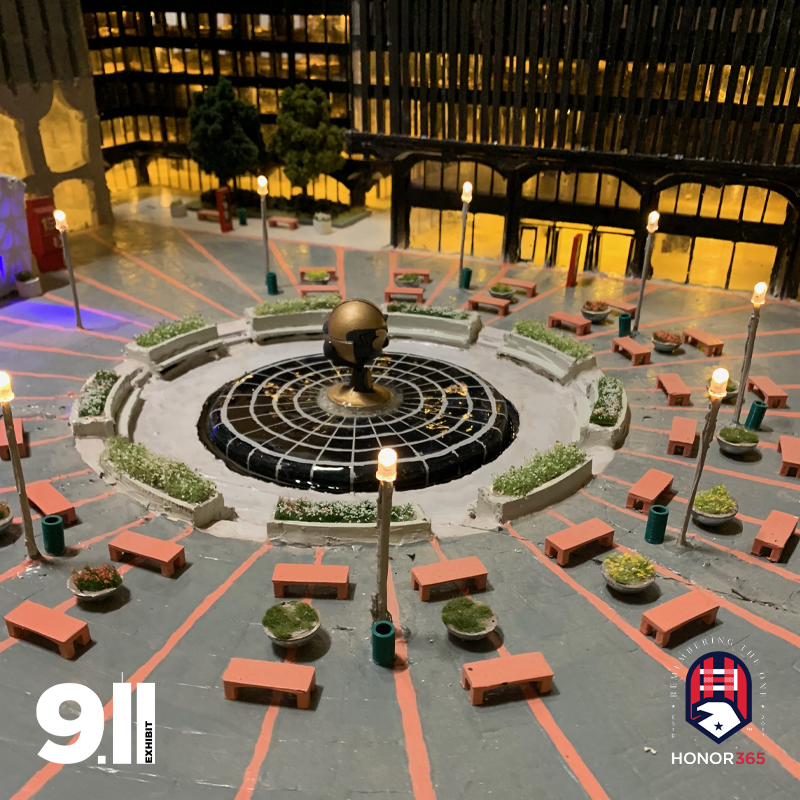 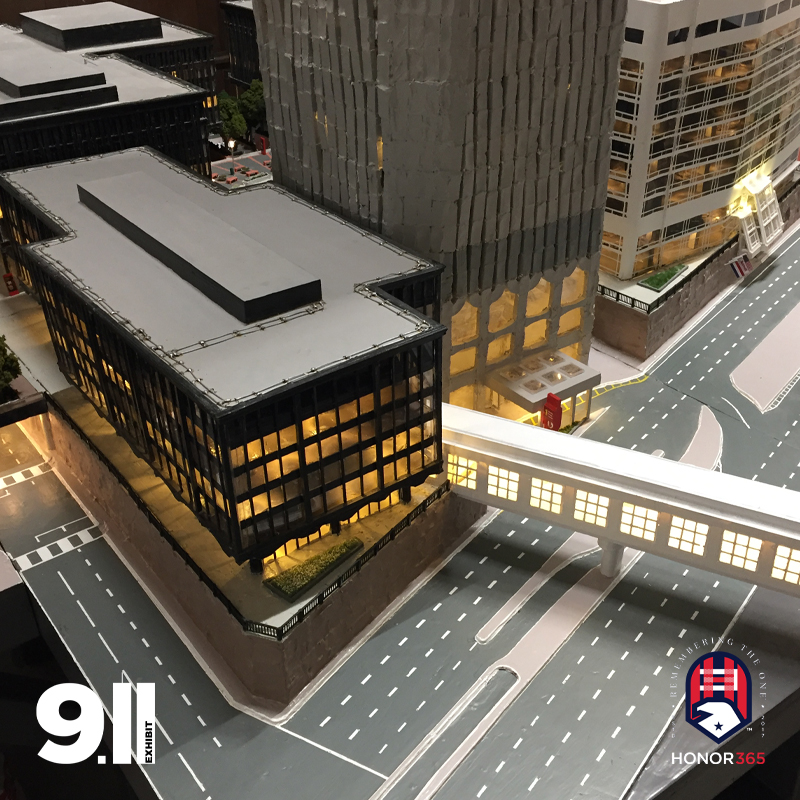 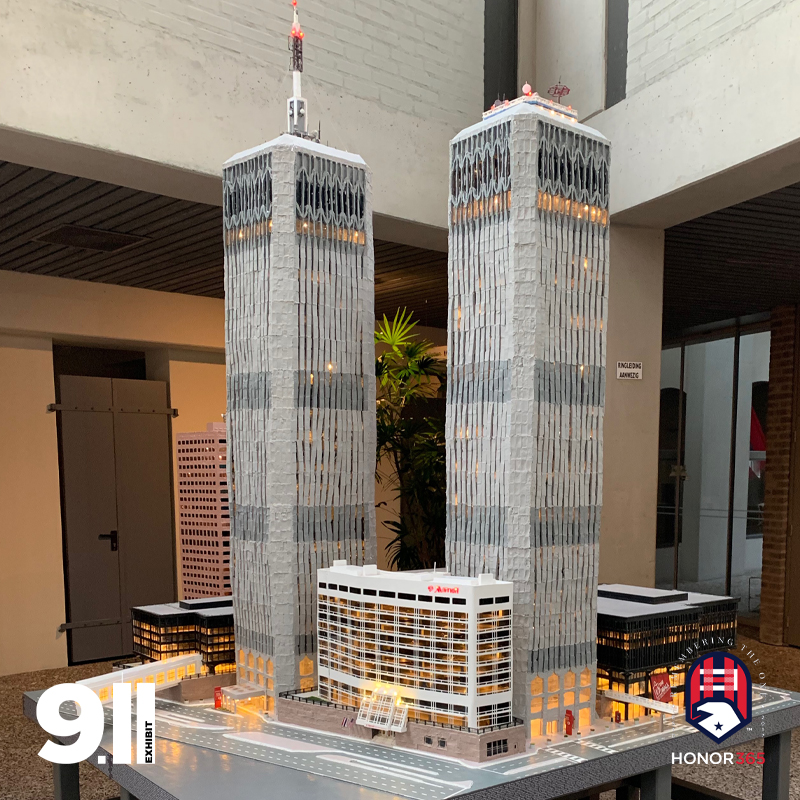 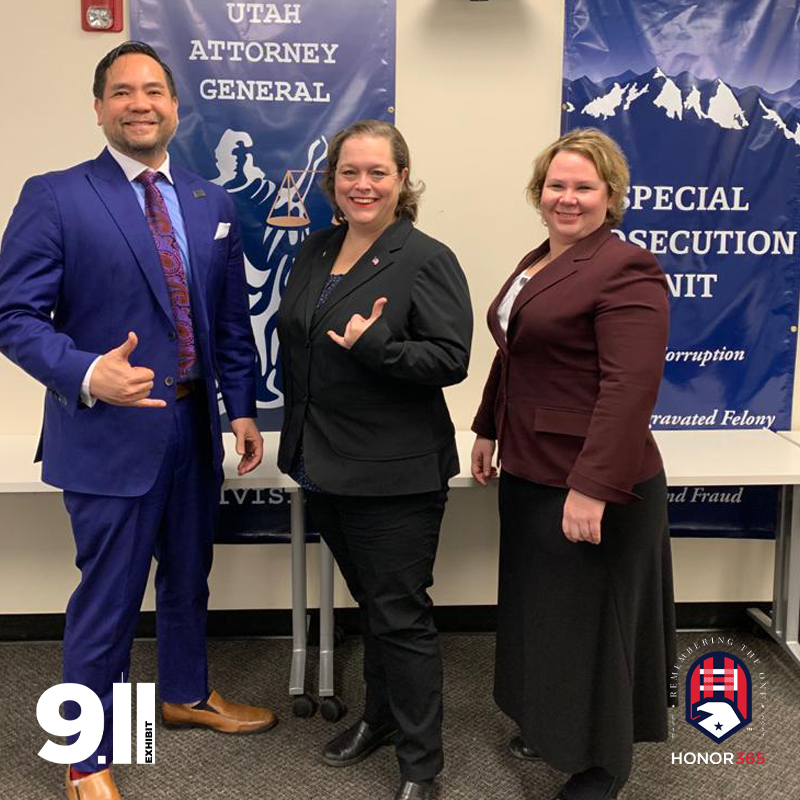 Salvador Aguilar remembers lonesome nights aboard the cargo ship he served on during World War II. On many nights, he and fellow sailors and troops were forced to lie in the dark, ordered not make any sounds. It was frustrating -- the trips across the Pacific were long and the troops were often prohibited from engaging in conversations that could be picked up by Japanese submarines swimming the waters like sharks.

Loaded with troops and supplies, the ships were often the target of Japanese submarines whose primary goal was to torpedo the boats and sink their precious cargo. Any loud noise aboard ship could prove fatal, Aguilar said. "Everything was pitch black. No radio, no nothing," recalled Aguilar, a member of the U.S. Navy's Construction Battalions, otherwise known as Seabees. "Everything had to be silent because the submarines could pick up any kind of sound." The stillness of those moments created a great deal of tension among the sailors. "You're just waiting there," Aguilar said. "You're praying, wondering. If a torpedo hits the ship, which side will it hit?" His battalion was responsible for constructing temporary cities on islands captured by American forces. He remembers setting up hospitals, officers' quarters and landing strips on islands, including Iwo Jima, during the war. (Narrative continued at link below)

Ogden police officer Nate Lyday was born at the ...

Ogden police officer Nate Lyday was born at the hospital here. He grew up and went to school here, worked at a grocery store here and got his criminal justice degree at Weber State University. The 24-year-old was proud to be a police officer here, and was a second-generation law enforcement officer. Lyday died here Thursday afternoon (5/28/20), after police say he went to the home of a woman who called 911 in fear for her life and was met by bullets fired through the front door.
“Officer Lyday sacrificed his life,” said Chief Randy Watt, “on behalf of a frightened and fearful family at the scene.” Lyday had been on Ogden’s police force for 15 months before his death. We honor you, Nathan Lyday. (#Repost The Salt Lake Tribune) #honor365 #rememberingtheone #leo #ogdenpd ...

Lt. Jason Menard, 39, with the Worcester Fire Department, Massachusetts, died in the line of duty in 2019 after entering a multifamily house fire on Stockholm St. in search of a “baby possibly trapped on the third floor.” Worcester Fire Department Chief Michael Lavoie said that Menard and other crew members from Ladder 5 became trapped because of “heavy fire conditions” which were made worse by the cold temperatures. Forced to act quickly, Menard made the ultimate sacrifice. Lt. Menard heroically and selflessly saved his crew, helping a probationary firefighter to the stairs and then returning to help another trapped firefighter, helping him out the window. Fire conditions overtook the third floor at this time, and Lt. Menard was unable to escape.” We honor you, Jason Menard. (#Repost @foxnews.com) #honor365 #rememberingtheone #firefighter #firstresponder ...

The officer who lost his life on 5/27/20 has been identified as Officer Cody Holte of the Grand Forks Police Department. Officer Holte was also a First Lieutenant in the North Dakota National Guard. We honor you, Cody Holte. #honor365 #rememberingtheone #army #leo ...

So cool to watch history with the SpaceX and NASA ...

Open
So cool to watch history with the SpaceX and NASA

So cool to watch history with the SpaceX and NASA launch today. Godspeed gentleman and return home safely 🚀❤️🇺🇸 ...

Master Sgt. David Royer stopped a gunman in Leavenworth, Kansas, on May 27, 2020. (Photo courtesy KMBC via CNN.). The heroic soldier who rammed a gunman with his truck in Kansas is a combat veteran and military police officer who is assigned to one of the two military prisons at Fort Leavenworth, according to the Army. Master Sergeant David Royer, 34, is being hailed for his quick action on Wednesday when he stopped an active shooter on the city of Leavenworth’s Centennial Bridge. Royer later told media that he was speaking to his fiancé on a speaker phone when the gunman got out of his vehicle and opened fire at other vehicles in the bridge with a rifle. “I assessed the situation very quickly, looked around and just took the only action possible that I felt I could take,” Royer told reporters during a press conference on Thursday.

Facing an active shooter and with countless lives on the line, Royer counter-attacked. “I accelerated my truck as quickly as possible and struck the active shooter and pinned him underneath my truck,” Royer told reporters. The suspect was arrested by police shortly thereafter.
Another soldier who was shot during the incident was listed in serious condition.

Royer joined the Army in January 2005 and then deployed to Iraq from July 2005 to July 2006, according to a statement from Fort Leavenworth. He is currently assigned to 705th Military Police Battalion, 15 Military Police Brigade, and he is serving as the internment/resettlement non-commissioned officer at the Midwest Joint Regional Correctional Facility.

Royer is also a graduate of Drill Sergeant School, Air Assault School, and the Military Police Special Reaction Team Training Course. “I was shocked that it was happening, but the adrenaline took over and with the military training that I’ve received, I took appropriate action and took out the threat as fast as possible,” Royer said. (#Repost @Task And Purpose). #honor365 #rememberingtheone #army ...

Jefferson County Sheriff Zena Stephens says she’s excited to be the first Black female Sheriff in Texas, but it’s something she’s not too thrilled about.

Though she embraces the moniker of being the first, the newly elected sheriff remains hopeful that she won’t be the last. “The fact that I’m the first in 2017 is not a lot to be proud about in our country… really, “ says Stephens. “I am excited that I am the first. I think it’s important because the more people who look like us, who are professionals and can do a good job—it’s great to be that role model.” Prior to being sheriff, Stephens served as the first female Chief of Police at Prairie View A&M University. She’s also one of only two Black female Sheriffs in the country. “I hope to see a day where we don’t have to have that conversation – that there are a lot of professionals, whether they’re women or minorities,” says Stephens. “I just want people to go out and do a good job. I don’t want to be the first of anything – I want to be the best!” With almost 30 years of law enforcement experience, Stephens says she’s building a more diverse staff that reflects the communities they serve.

Staff Sergeant Bryan Christopher Black died as a result of hostile fire while on a reconnaissance patrol on 04 Oct 2017. He was with the 3rd Special Forces Group (Airborne) as a part of Africa: Operation Juniper Shield.