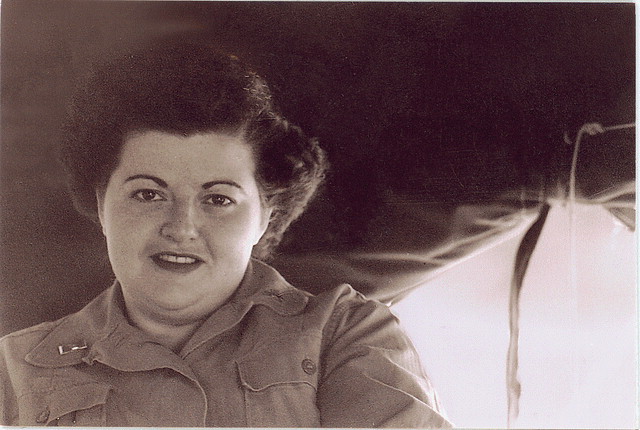 Regina graduated from West Philadelphia High School and entered nurses training at the Hahneman Hospital School Of Nursing. Upon graduation, she began as an operating room nurse at the Presbyterian Medical Center in NYC. After three years of Neurosurgical Nursing work there she decided to make a career in the U.S.Army. A year after she enlisted, the U.S. was at war in Korea, & in the summer of 1951 she found herself working in the operating room of the 8063rd. M.A.S.H unit in Korea. Conditions were primitive in both the Operating Room (tent), as well as in her tent for living. A pot-bellied stove for heat, & her helmet for bathing, but she grew strength from the selflessness of her mission & the camaraderie of her fellow nurses, physicians & soldiers.
Before retiring after 21 years of service she served at Brooke Army Medical Center BAMC), Fort Sam Houston, Texas, Letterman General Hospital, San Francisco, Valley Forge General Hospital, Pennsylvania, 8063rd. Mobile Army Surgical Hospital (MASH), Korea, Aberdeen Proving Grounds, Maryland, Walter Reed Medical Center, Washington, D.C., Landstuhl & Frankfort Germany, Japan, & Ft. Benning, Georgia. During her career she was awarded The Korean Service Medal, United nations Service medal, National Defense Service Medal W/1 oak leaf cluster, & The Meritorious Service Medal. While serving in the Army, she also completed her Master’s Degree in Nursing at Trinity University in San Antonio, Texas, & graduated Magna Cum Laude. She retired in San Antonio, Texas where she lived in Windcrest, & finally at the Army Residence Community. During her retirement she traveled all around the world on 56 ocean cruises.
We honor you, Regina Schiffman.