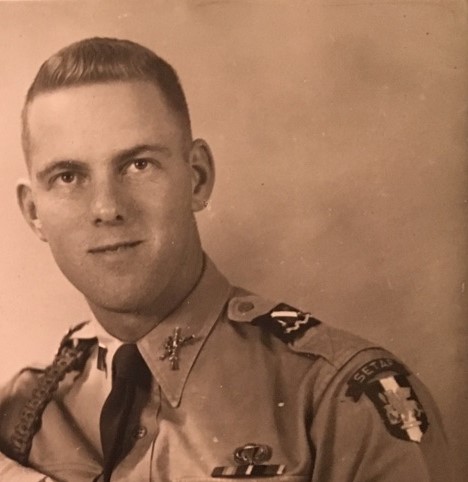 Bill Burgess joined the US Army infantry unit as a 2 Lt on January 29, 1953 after graduating from University of California- Davis. He served active duty in Italy and Austria with the SETAF (Southern European Task Force), and eventually certified to became a paratrooper. While living in Italy, his wife had their first son, William.
Bill continued to serve in the National Guard after returning stateside. He was able to achieve the rank of Major, and in 1965, he completed his service. He owned his own Insurance company after leaving the military.