When Daan reached out to us at Honor365 for our support, we knew immediately that his exhibit aligned with our mission to support mental wellness for first responders and veterans. This project exemplifies our tagline for this exhibit, “Remembering the One, Remembering Them All.”

The incredibly detailed exhibit has already delighted and healed tens of thousands of visitors in five European cities. Now, Honor365 hopes to help Daan display the exhibit in the United States to raise money and awareness to support the mental health of veterans and first responders. It is also an opportunity to highlight international peace and solidarity in remembrance of a day that impacted so many lives.

We need your help to raise money to:

Please help us make Daan’s dream a reality as we work to raise awareness and provide support and honor our first responders. 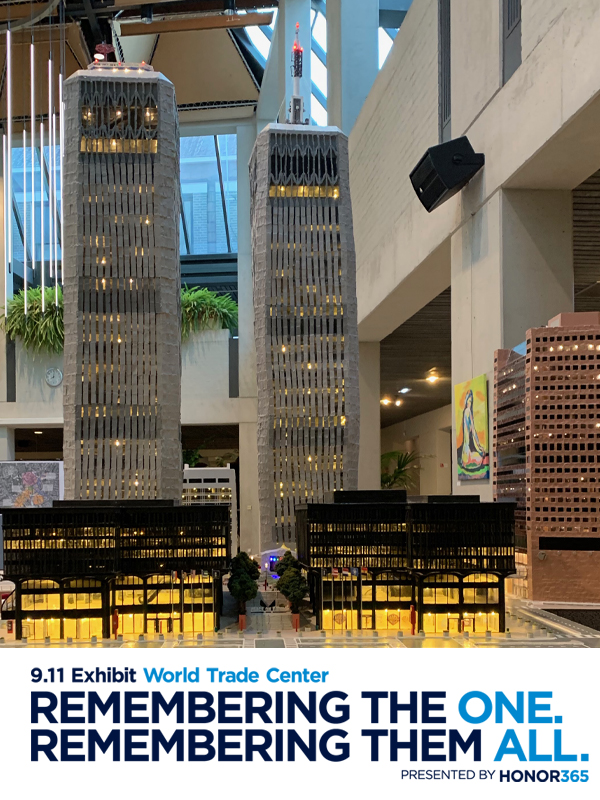 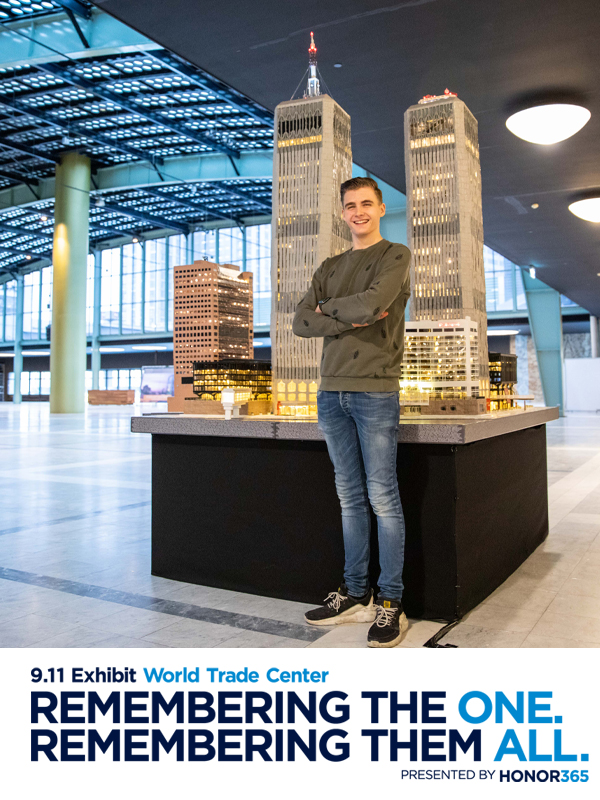 It’s September 11, 2001. A mother in The Netherlands is feeding her 3-month old son watching the news when images that would become ingrained in the minds of billions of people began flashing on the screen: two airplanes crashing into the Twin Towers of the World Trade Center and the unimaginable destruction and loss of life that followed.

Flash forward ten years and the family is watching the documentary “102 minutes that changed America” on Dutch television on September 11 – an event that became a ritual every year. The boy is captivated not only by the images, but by the heroic efforts of the first responders on the scene. It feels personal, with the boy’s great-grandfather, cousin, and two other family members serving in the fire department.

By age 14, an idea begins to formulate in the teen’s mind. As an aspiring and talented woodworker and artist, he wondered if he could make a replica of the World Trade Center Plaza before the destruction. Thus began a four year journey. Daan’s incredible replica took countless hours of painstaking research and labor to build.

Many would have given up, but as Daan says, “The tragedy touched me deeply and it seemed unreal to see two passenger airplanes fly into the World Trade Center and kill that many people. I wanted to create a project as a memorial to all that passed away.”

By age 19, Daan had completed the stunning replica and, with the help of local partners in The Netherlands and Europe, began offering the exhibit in his home town and several European cities.

Please help us make this incredible young man’s dream to exhibit his project in the United States come true!

Your donations will help offset the costs associated for this amazing exhibit and mental wellness programs for veterans, first responders, and their families. 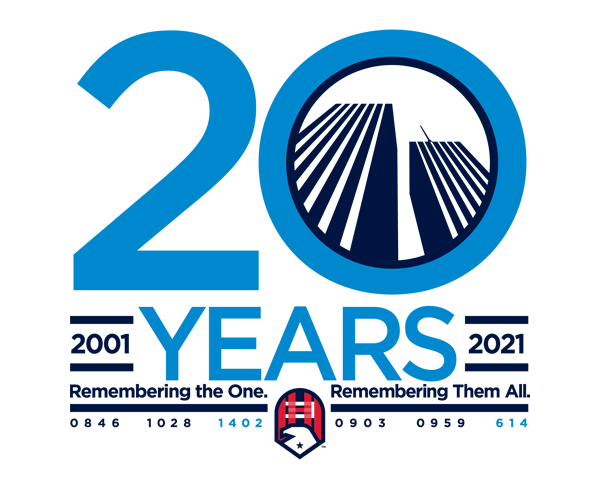 PROUD SPONSOR OF THE 9/11 EXHIBIT 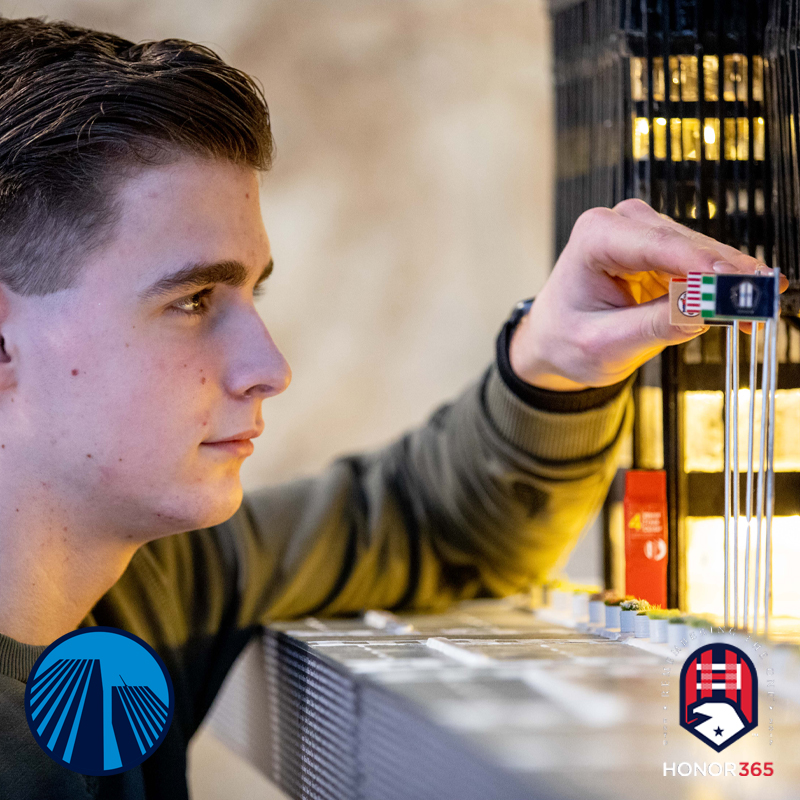 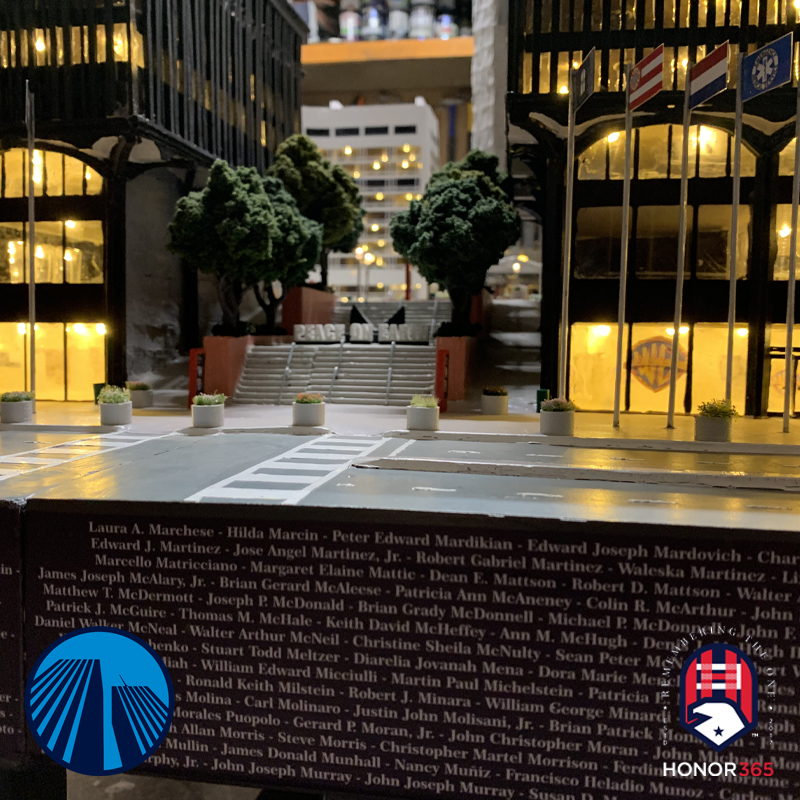 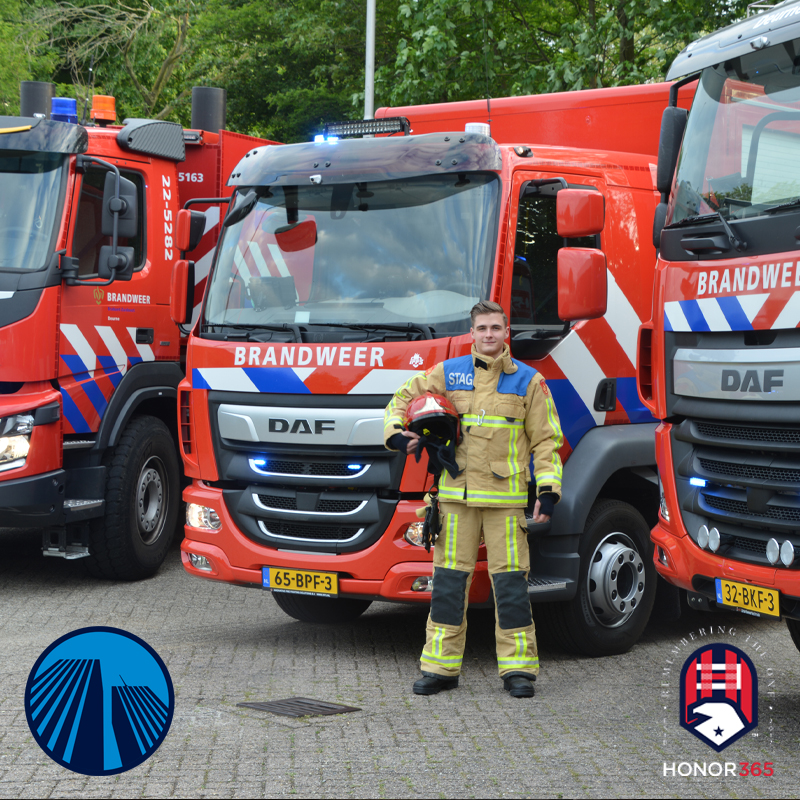 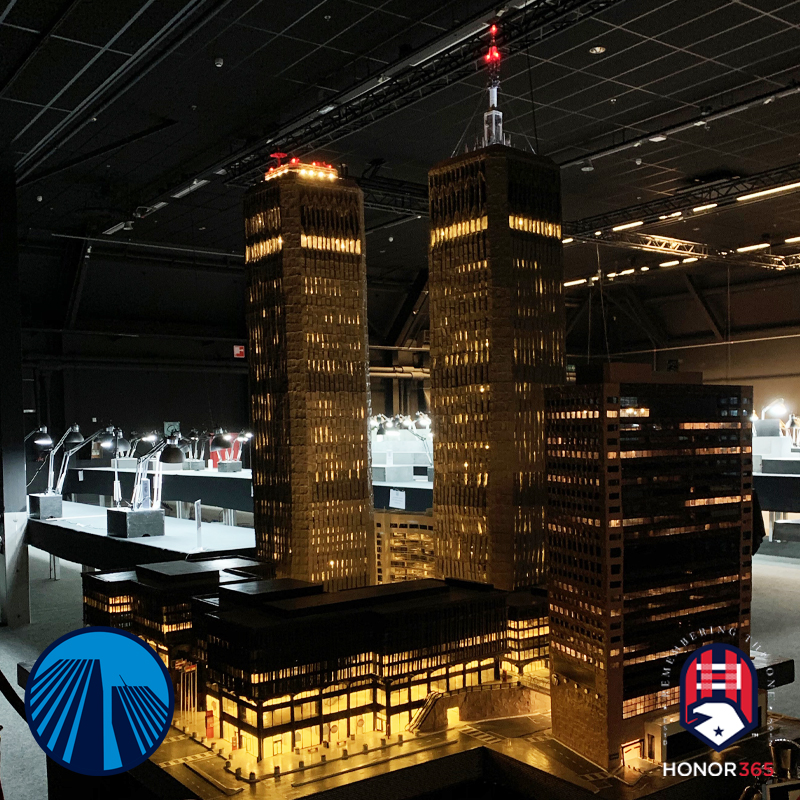 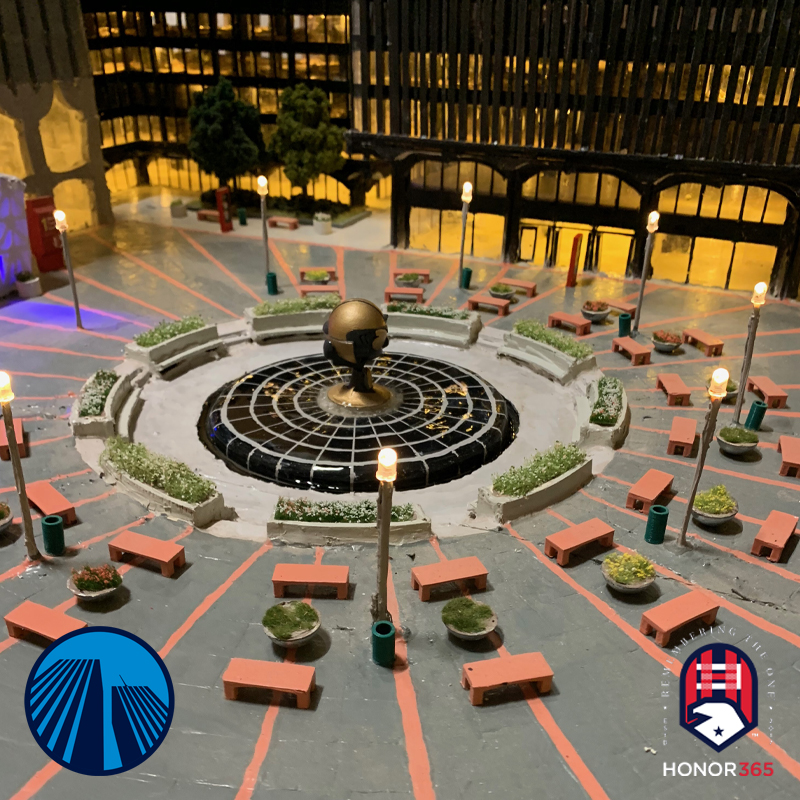 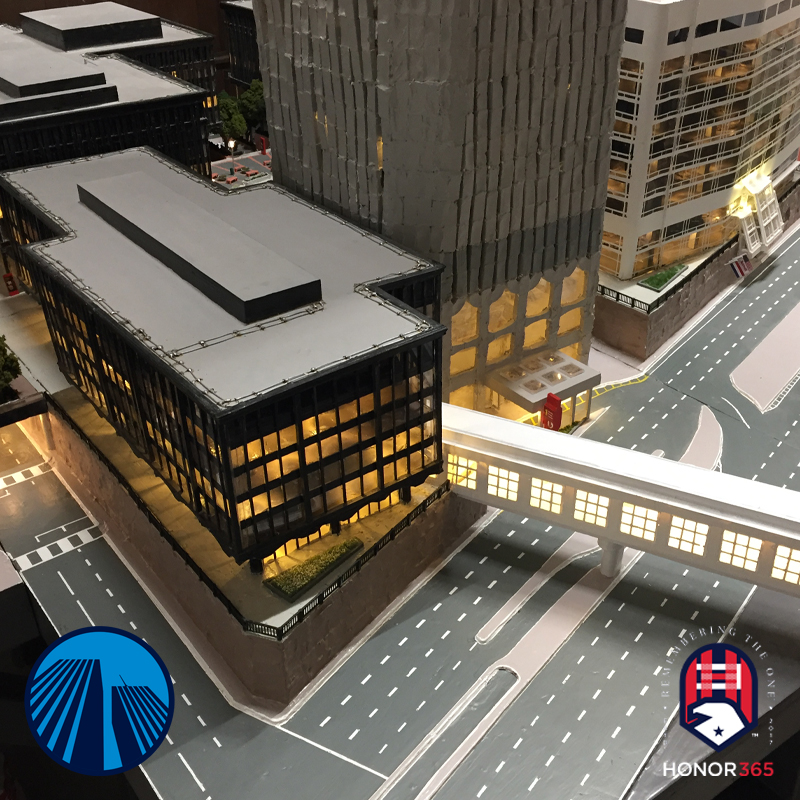 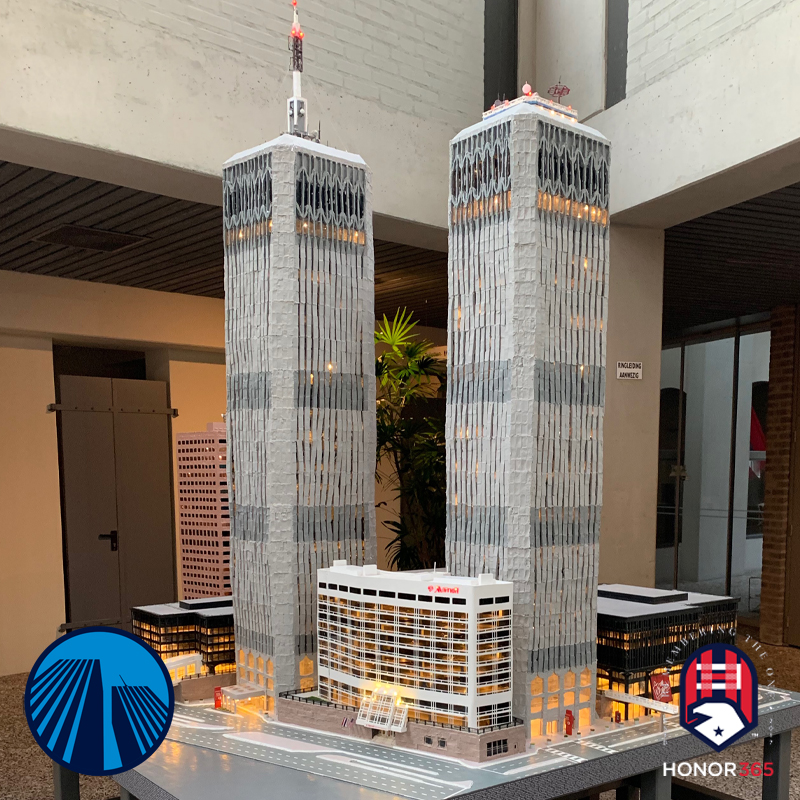 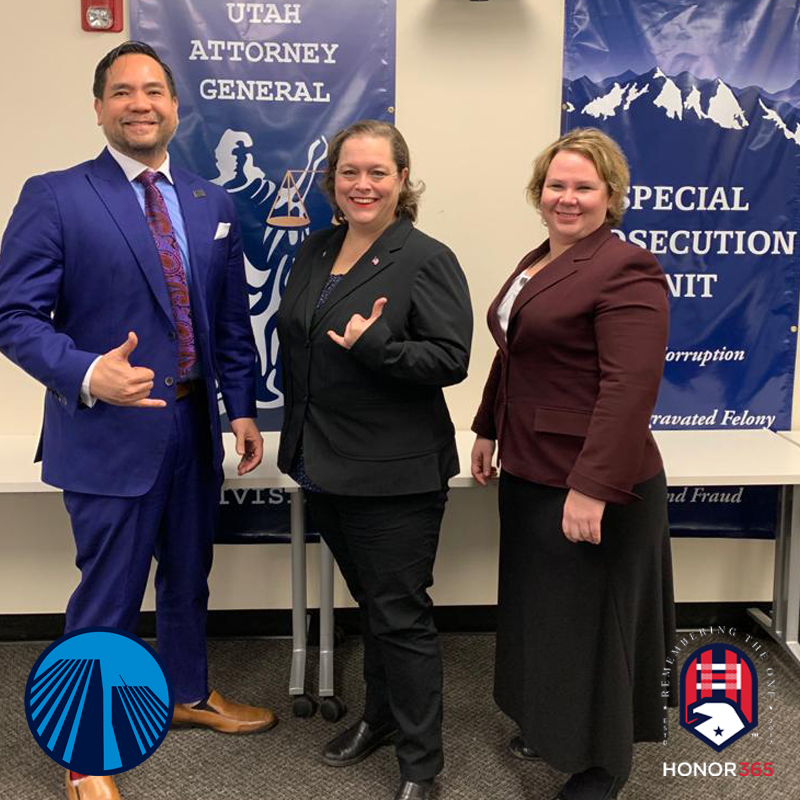 Terence S. Hatton of Manhattan was a ...

Open
Terence S. Hatton of Manhattan was a much-decorate

Terence S. Hatton of Manhattan was a much-decorated fire captain of Rescue Company 1 in Manhattan and led his men into the north tower. His remains were recovered more than two weeks later. The captain of an elite FDNY unit, Terry Hatton had received 19 commendations for bravery, including the department's Medal of Valor.

For his family, which lives in Rockville Centre where he grew up, his death came as he was "doing something he loved," said his mother, Grace Hatton.

He'd also found love in his personal life: Beth Patrone, Mayor Rudy Giuliani's executive assistant. They met at a burn center fundraiser and were married by the mayor at Gracie Mansion in May 1998. On Sept. 12, 2001, she found out she was pregnant, and the following May gave birth to Teri Elizabeth, now 9. Grace Hatton cut the umbilical cord.

"She came into the world not knowing her father but she carries his bright smile and kind heart," said Hatton's mother, who praised her daughter-in-law's strength and courage. "We're very lucky we have a very good, loving relationship with Beth. And Teri is our shining star: she lights up everyone's eyes when she walks in."

We honor you, Terence, Hatton.

Major Ronald Dutrell Milam, son of Tommie and Effie Milam, was born on August 11, 1968 in Muskogee, Oklahoma. He departed this life on September 11, 2001 at the Pentagon, Arlington, Virginia. Major Milam graduated from Muskogee High School and earned his Bachelors degree from Eastern New Mexico University in 1991.

He was commissioned as a Second Lieutenant in the United States Army. Since commissioning, Major Milam has served as Platoon Leader (Germany), Executive Officer (Germany), Assistant Operations Officer (Korea), Battery Commander (Korea), Patriot Training Officer for Saudi Arabian Forces and Military Assistant for the Secretary of Army, Manpower and Reserve Affairs, the Pentagon.

He was united in holy matrimony to Jacqueline Link on January 15, 2000 and, from that union, they were blessed with a daughter, Myejoi Olivia, and son, Ronald Dutrell Milam, Jr.

We honor you, Ronald Milam.

Before his assignment to Rescue 3‚ Gambino‚ worked at Ladder 163 in Queens‚ where he was a union delegate. A 17-year FDNY veteran‚ Gambino was a deeply religious person and attended Latin mass every week. He became interested in weightlifting before it became popular and founded the weightlifting club at Farmingdale High School.

He was a devoted husband and father to his sons.

We honor you, Thomas Gambino.

Ricardo was a paramedic with FDNY he responded to ...

Open
Ricardo was a paramedic with FDNY he responded to

Ricardo was a paramedic with FDNY he responded to the call for help at the World Trade Center. He was last seen at the base of Tower Two treating the injured. The following information about Ricardo Quinn was excerpted from: "Limited Help for Families of Medical Rescue Workers" September 23, 2001, By JIM DWYER

The family car never came home the night of Sept. 11 to Bayside, and the phone did not ring. So Ginny Quinn was pretty sure that her husband, Ricardo, had been stuck all night at Elmhurst Hospital Center, working as a paramedic. The next morning, she said, she got a call from another paramedic who asked, "Did Rick make it home?" Her husband, who had a shoulder surgery this summer and was on a light duty assignment, had not gone to Elmhurst Hospital. "He just hightailed it over to the trade center," Mrs. Quinn said. Mr. Quinn was one of eight paramedics and emergency medical technicians who ran into the burning towers and did not make it out alive. From other paramedics, Mrs. Quinn learned that Mr. Quinn ran into Tower 2 and stopped to bandage a fellow medic who had been hit by falling debris. He helped load another patient into an ambulance, went back inside to help, and disappeared. "I know he went in there thinking of other people," Mrs. Quinn said, referring to her husband's run into the tower. "The world is missing a good, good person." She paused. "Well, it's missing 5,000 of them."

We honor you, Ricardo Quinn.

Honor365 is honoring and remembering those ...

Open
Honor365 is honoring and remembering those directl

Honor365 is honoring and remembering those directly impacted by September 11, 2001 to commemorate the 20th Anniversary that is happening in 2021. From 9/11/20 through 9/11/2021 we invite you to never forget by reading the stories about amazing individuals that we have posted about on our Honor365 Facebook, Instagram, and our website. We are always “Remembering the One, Remembering Them All.” #honor365 #rememberingtheone #rememberingtheonerememberingthemall #veteran #firstresponder #fallenhero #September11
Honor365.org 🇺🇸 ...

Sergeant Timothy Roy was killed in the September ...

Open
Sergeant Timothy Roy was killed in the September 1

Sergeant Timothy Roy was killed in the September 11, 2001, terrorist attacks while attempting to rescue the victims trapped in the World Trade Center.

Sergeant Roy was driving to traffic court in the morning when he witnessed the first plane crash into the first tower. He called his wife on his cell phone to tell her he would not be home that evening due to the rescue operations he anticipated being involved in. He was killed during the rescue operation when one of the towers collapsed.

Sergeant Roy served with the New York City Police Department for 16 years, and is survived by his wife and three children.

In October 2017, Sergeant Roy's daughter graduated from the police academy in New York. She made three arrests in her first week on the job, including a gun bust. She was 7 years old when her father was killed.

“Since I was very young, I grew up seeing heroes,” Sergeant Roy's daughter told reporters when she was sworn in as a recruit. “It’s just always been a dream to be one of them, and especially (after) what my father has done for the nation, the country. It was a true aspiration to be able to try and follow in his footsteps.”

We honor you, Timothy Roy.

Although Stephen J. Bates liked the solitude of ...

Open
Although Stephen J. Bates liked the solitude of at

Although Stephen J. Bates liked the solitude of athletic competitions like running, swimming and bicycling, he was a team player. Period. That was why he worked for 18 years as a New York City firefighter. The lieutenant liked the way firefighters relied on one another while sticking to their vows to save lives and put out fires.

Most of all, Lieutenant Bates liked the automatic brotherhood of the job. It gave him the family he always wanted. His mother died when he was 15, and he was estranged from his father, said his girlfriend, Joan Puwalski. He frequently took family- style dinners with the firefighters at his stationhouse, Engine Company 235 in Bedford-Stuyvesant, Brooklyn. He liked cooking family dinners for the gang; sauerbraten was his best dish.

The other members of his family were two big dogs who lived in the home that he shared with Ms. Puwalski in Glendale, Queens: Samantha, 8, a 105-pound yellow Laborador retriever, and Norton, 8, an 85- pound mutt.

"He called them his babies," Ms. Puwalski said. "Sometimes the four of us would sleep together in our queen-size bed." That was a squeeze, considering that Lieutenant Bates, 42, was a big man, standing exactly 6 feet and weighing 235 pounds.

We honor you, Stephen Bates.

A beautiful November day serving together and ...

Open
A beautiful November day serving together and givi

A beautiful November day serving together and giving Thanksgiving to our first responders and veterans in our communities.

Thank you to all of you for helping us bring Thanksgiving to those that have served and to those that continue to serve all of us every day. It means so much!

Firefighter Bob Beckwith was one of the first ...

Open
Firefighter Bob Beckwith was one of the first resp

Firefighter Bob Beckwith was one of the first responders to the World Trade Center site on 9/11. He was famously photographed alongside President George Bush in the aftermath of the buildings' collapse. Bob was a retired firefighter who bluffed his way past barricades to administer aid.

September 11 was a particularly tragic day for Bob. That morning his grandson had been hit by a car while going to school. Bob accompanied the child to the hospital and after he knew he would be okay, immediately made his way to the Twin Towers. He began searching for missing people and assisted with bucket brigades.

We honor you, Bob Beckwith. 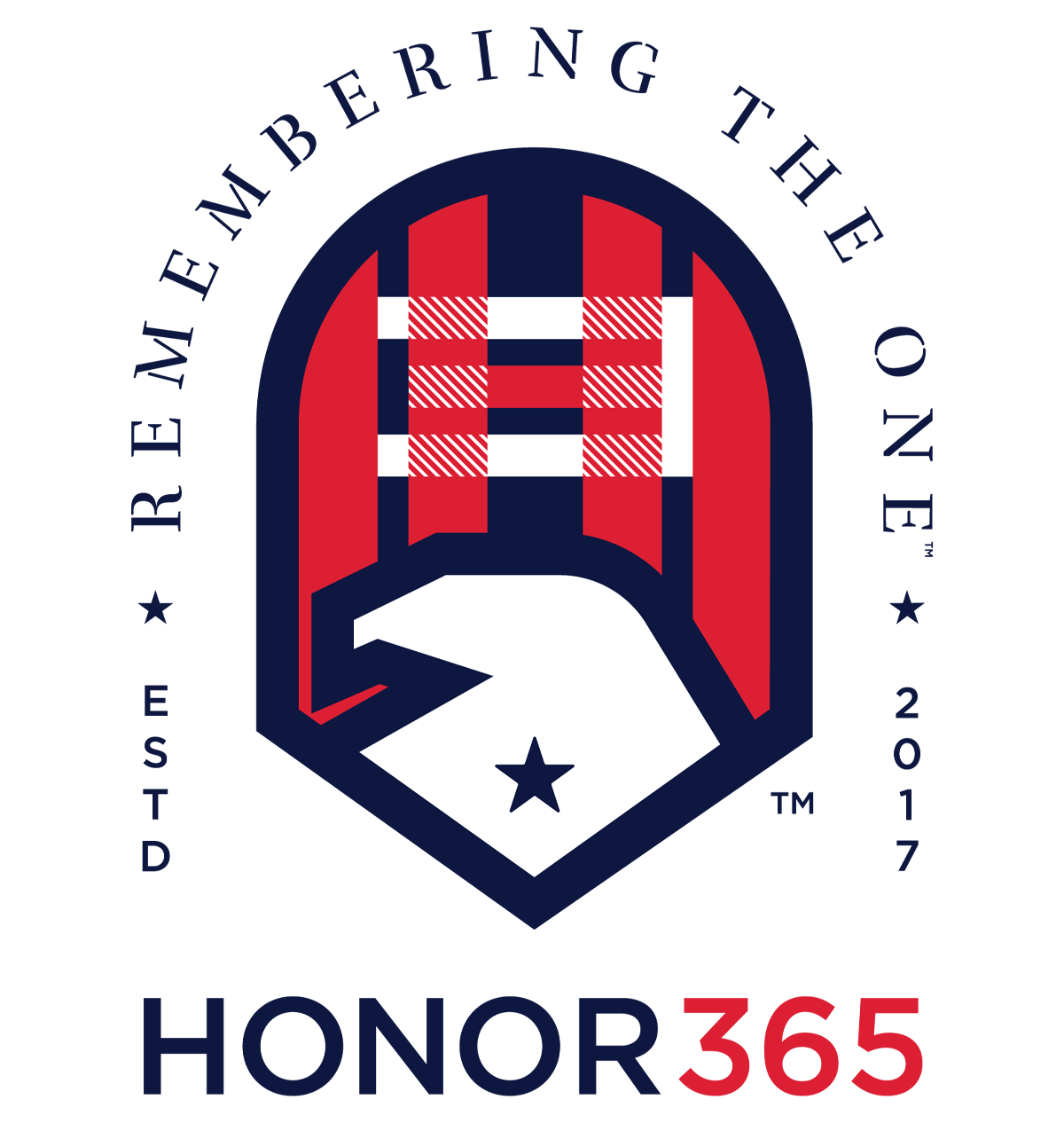