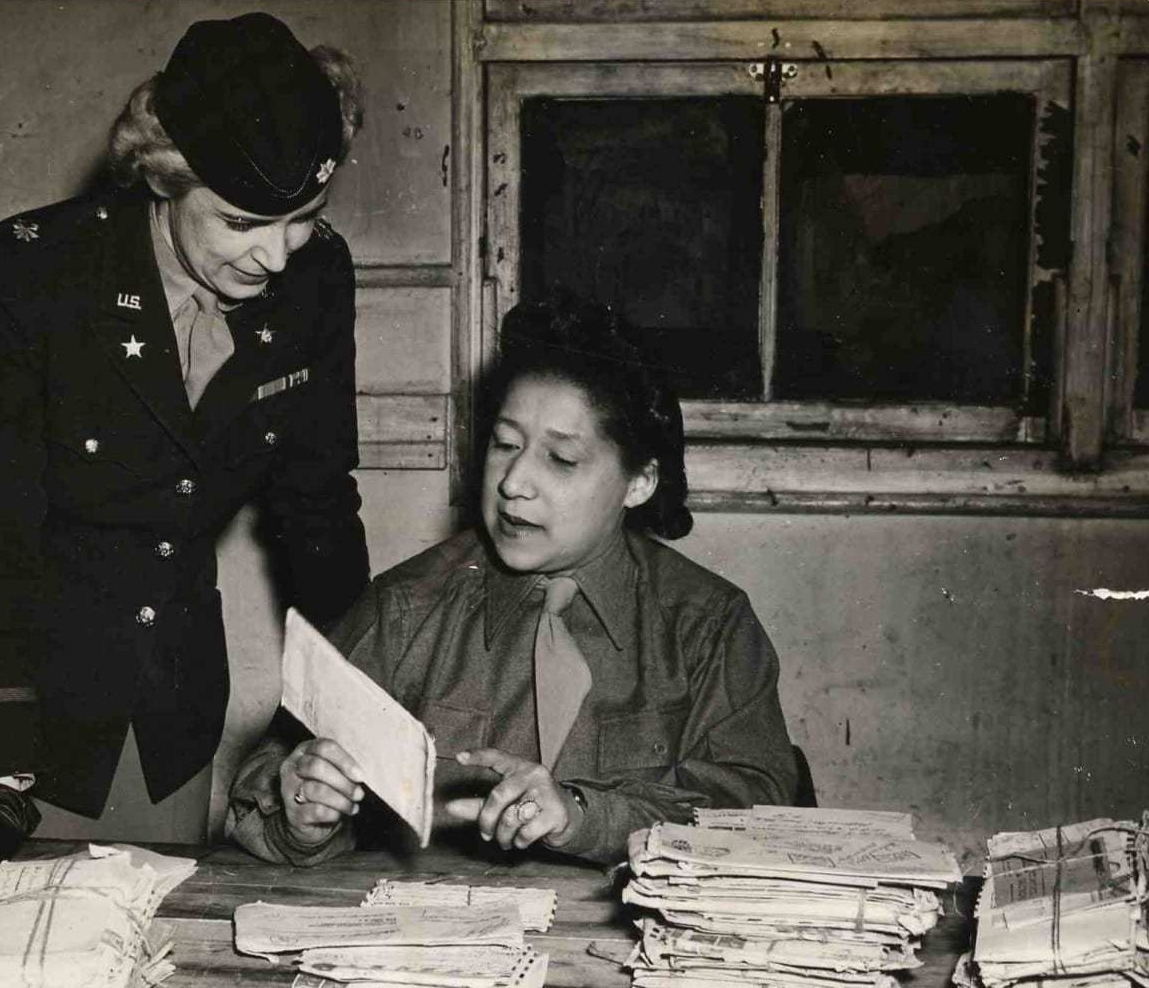 Mrs. Dixon was working for the War Department’s secretarial pool at the newly constructed Pentagon in 1943 when she enlisted in the Women’s Auxiliary Army Corps, soon to be called the Women’s Army Corps.
She was initially limited to administrative assignments in Iowa and Texas. But in 1945, she joined the newly established 6888th Central Postal Directory Battalion. The battalion was the only unit of black WACs to serve overseas in World War II and was led by Charity Adams, one of the first black female commissioned officers in the war.
The Army was segregated, and Mrs. Dixon’s battalion — made up of more than 800 African American woman and posted in England and France — dined and was housed separately from other WACs.
The 6888th was tasked with sorting and distributing what she estimated were billions of backlogged letters and packages to soldiers — a pileup attributed to the disruption in delivery caused by the Battle of the Bulge.
Their mission was deemed vital to sustaining morale on the front lines, but a significant hurdle was identifying a piece of mail’s ultimate destination based on incomplete information supplied by the sender.
“A lot of mothers wrote to ‘Buster, U.S. Army,’ or ‘Junior, U.S. Army,’?” Mrs. Dixon told an Army publication. “We knew every service member had a number and we had difficulty finding them; however, we found every person. Also a lot of wives and sweethearts wrote to soldiers every day. There were stacks and stacks of mail we had to send back indicating deceased. That was sad.”
She added: “We had to fight mice and rats while sorting the mail. People down south from Alabama were sending fried chicken and bread to soldiers in France.”
Working three shifts a day, seven days a week, the battalion accomplished in three months what was projected by the brass to take half a year.
Mrs. Dixon returned to Washington in the late 1940s and worked for the Census Bureau and later the Pentagon, retiring in 1972 as a purchasing agent.
We honor you, Alyce Dixon .