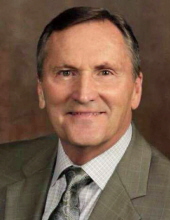 Ted grew up in Cheyenne, Wyoming, graduating from Cheyenne East High School. He attended Brigham Young University and San Bernardino Valley College, where he received his degree in Aviation Science.
Ted had many passions. His zeal for life was infectious. Two of his greatest passions in life were aviation and people. Both guided him to achieve all of his accomplishments. After enlisting in the U.S. Army, Ted served a tour in Vietnam where he flew a U-21 Ute transport aircraft in the aviation division of the Signal Corps. While attending flight school in Northern California, he met Ruth Peters and fell in love with his sweetheart. Together they built a life of love and support for each other, which would include a 40-year marriage and raising four children.
Ted followed his childhood passion for aviation by becoming an airline pilot for both Western and Delta Airlines. He excelled as a pilot, holding the position of captain for many years before retiring after a 30-year career. Ted’s zeal for life continued after the airlines, first by accepting the call to serve as bishop of the Meadows Ward of the Murray Utah South Stake, a calling he loved deeply because of the people he served. His humility and dedication to serving others made him approachable and beloved by his congregation.
On January 7, 2014, Ted was elected by the people of Murray City to become their mayor. Ted’s love for the city, its heritage, people and future lead him to become one of its most beloved servants. His impact on the city of Murray both publicly and privately will always be felt.
We honor you, Ted Eyre.